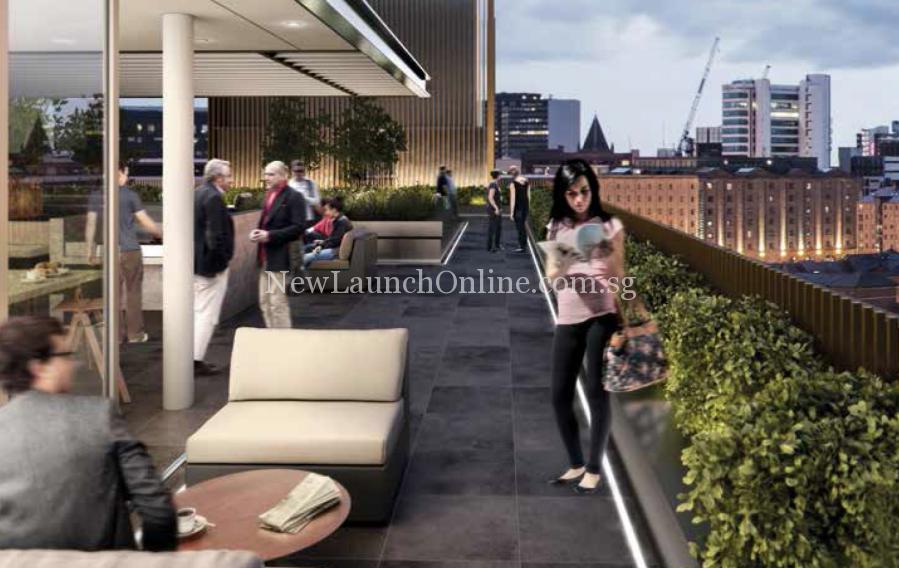 Oxygen Tower Manchester is situated within a highly accessible location in close proximity to Manchester Piccadilly Station, the Northern Quarter and the main commercial core of the city centre. This new launch is an iconic 31 storey residential tower and a landmark for a world-class city and will be the tallest residential development in Manchester. Consisting of 343 stylish 1 and 2 bedroom apartments, 8 townhouses ranging from 2 to 4 bedroom, leisure and amenity facilities and sky gardens, Oxygen Tower Manchester will be a beacon on the Manchester’s skyline. Opportunities to invest in such a high profile scheme in the centre of the UK’s second city are few and far between. Oxygen Manchester represents a market-leading product for luxury living in the city centre. 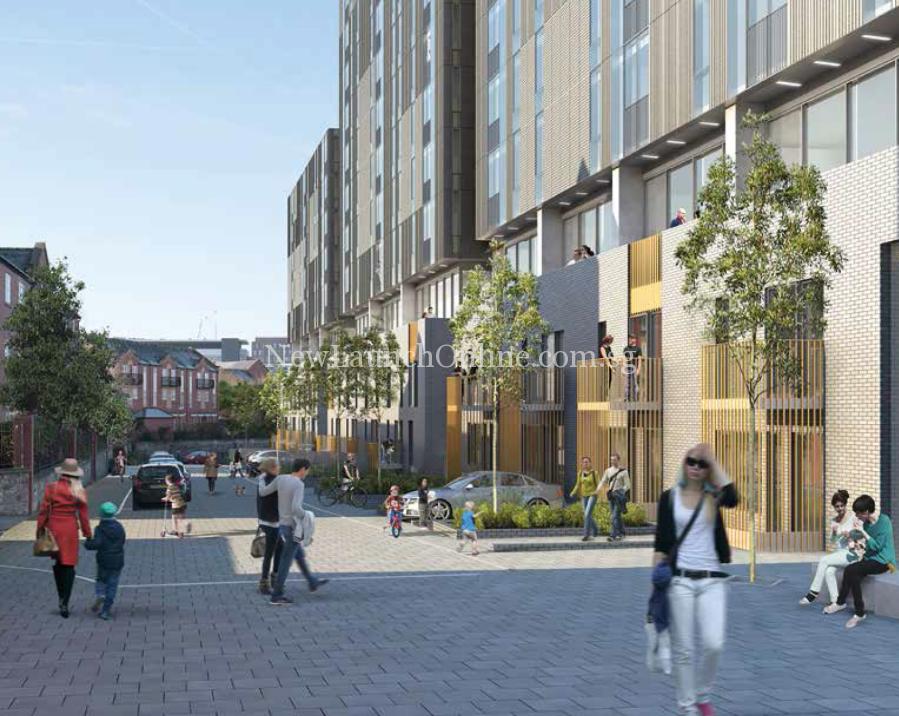 Oxygen Manchester is unique. It is a vertical village. Family town houses engage the street. Above the town houses sit the amenity deck with swimming pool and spa, gym and community hall (Function Room). Above the amenity deck are 1 to 2 bedroom apartments to live with views across the City and towards the Peak District National Park. The town houses and apartments have full height window and balconies, which allow the generous internal layout to be brighten with natural daylight.

The south west corner of the development has been designed to accommodate a stepped allotment terrace. Grow your vegetables then nip in the pool for a soak. Under the allotments a coffee shop had been incorporated so that you can get your morning fix. The development steps up from 8 to 14 and up to 31 storeys. Roof gardens with party rooms to rent to host your guests are situated on levels 9 and 15. The roof gardens face the City and will offer the residents an unrivalled views and sunsets. In addition, generous storage and parking provision allow Oxygen Tower Manchester to fit your lifestyle. There will also be a 24 hour concierge and support from the on-site Oxygen team will be at hand to attend to your urgent needs.

Oxygen Manchester is a community. A place to work, rest and play.

The UK’s biggest urban conurbation outside of London, Manchester is rich in heritage with an established economy, multi-modal transport network including the UK’s largest regional airport, with daily flights to global destinations. Manchester is also known for its two world-class football clubs Manchester United and Manchester City. There is a widely recognised cultural and lifestyle scene, hosting the bi-annual International Arts Festival (MIF), the Conservative and Labour Party Conferences at Manchester Central. The city is also home to the second largest China Town in the UK. Manchester is identified by overseas investors as a source of opportunity with major strategic developments backed by investors from around the globe.

Manchester is the North West’s forward looking and inspirational city region. It is a world class business and investment location with all the benefits and attractions of a vibrant European metropolis. Recognised around the world for commerce, culture and two premiership footballing giants, the fastest growing regional capital in the UK with an economy equal to that of Leeds, Liverpool and Sheffield combined. Manchester benefits from a world class, multimodal integrated transport infrastructure that provides fast and affordable connectivity throughout the conurbation and to the rest of the world.

Manchester offers people a great place to live, work, visit and critically, a fantastic place for business. The city has an incredible talent pool of people and with the recent relocation of the BBC to Manchester’s MediaCityUK, Tomorrow Project and other global businesses with eyes on Manchester, this is set to rise. Manchester’s airport and transport infrastructure compete on a global level and it boasts a diverse and high quality portfolio of business properties. The city has transformed itself into one of Europe’s most dynamic and exciting cities in which to live and work, boasting an increasingly diverse economy and a real sense of investor confidence.

“Manchester was named among the world’s most liveable cities ahead of London, New York & Rome 2013 Best UK City to Live — The Economist Intelligence Unit” 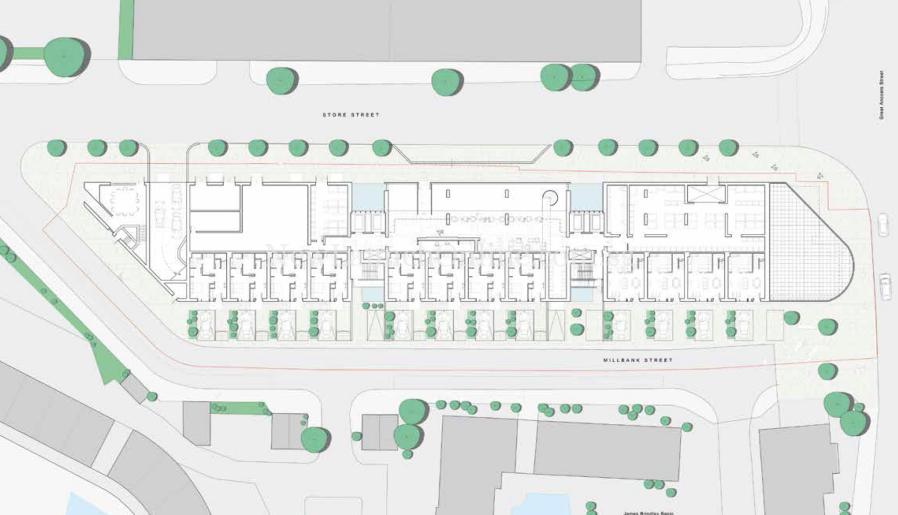 Oxygen Tower Manchester has been distilled to 3 specific elements: Plinth, Podium and Upper.

The base of the building reflects a human scale. Townhouses wrap around the site responding to the scale of Piccadilly Village and providing street activity and attractive frontage across the site. The upper floor apartment entrances and a generous reception face onto Store Street at the centre of the building increasing the pedestrian activity on this frontage. A commercial unit is located on the Great Ancoats Street end of the building where it will benefit from a highly visible location, and a small retail kiosk, ideal for coffee shop or florist, at the opposite end of the building on Store Street further activating the streetscape with pedestrian activity.

The podium level sits above the townhouses and is set back from the building footprint physically separating the plinth of the building from the residential apartments above. The Podium level provides both internal and external amenity space for residents, going beyond the individual living space creating a new benchmark in urban living.

Apartments occupy the upper floors of the building over the podium. The building is broken down into three distinct blocks by the visible and animated lift and stair cores, each affording natural daylight into common areas. The split blocks provide a large amount of dual aspect apartments with unique city wide views. The scale of the building rising towards Great Ancoats Street provides a key focal point at this key city fringe site. Two basement levels addressing the level changes across the site provide parking and stores for residents. 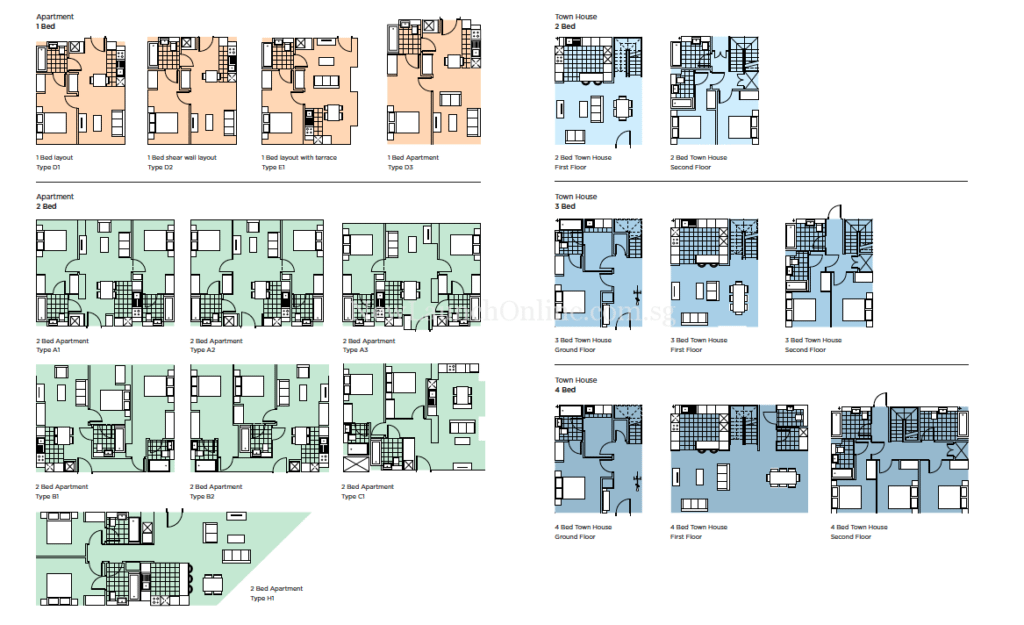 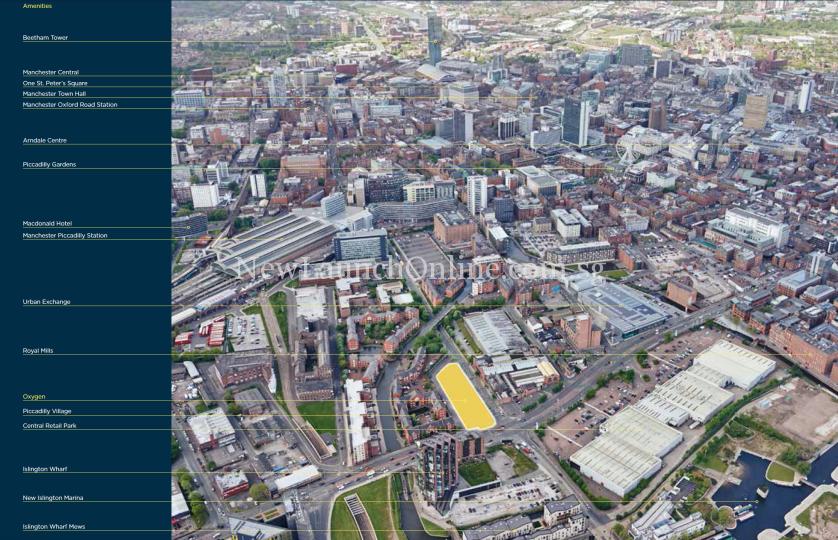 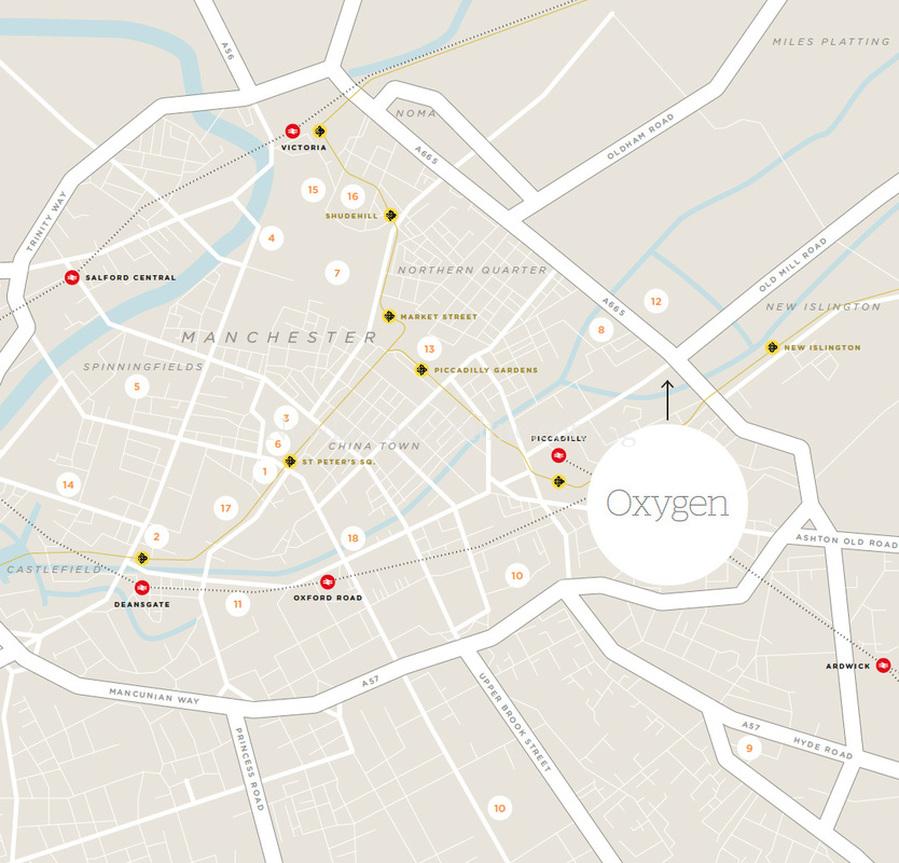 Below guideline subject to Bank’s approval: 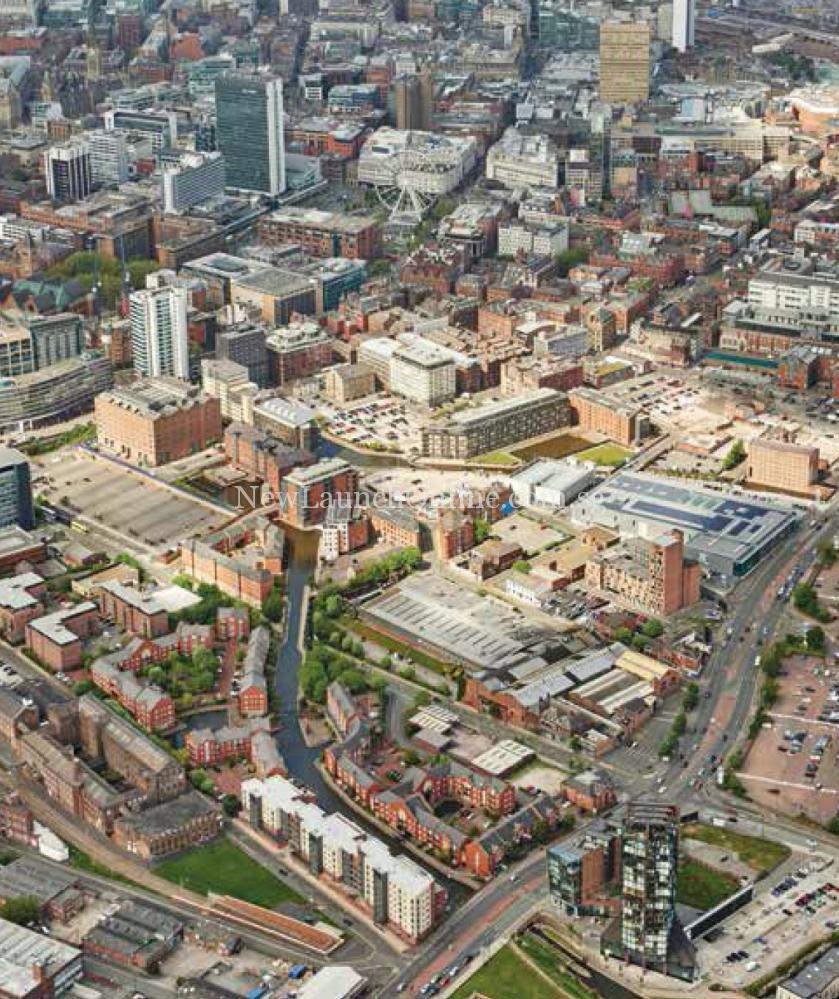 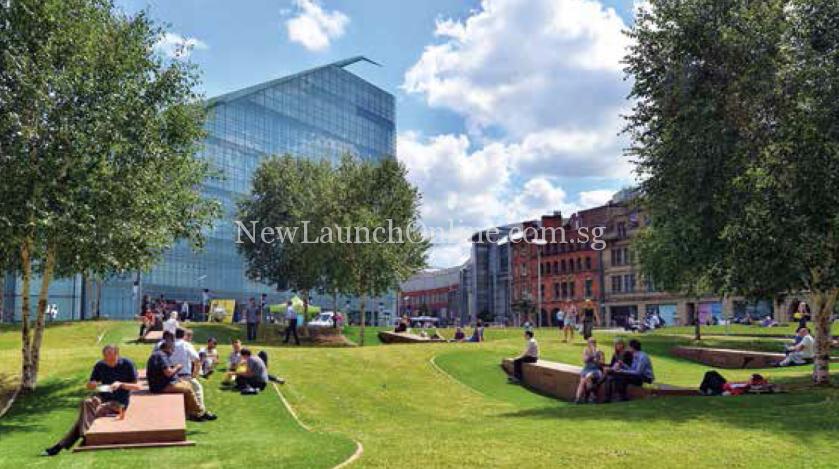 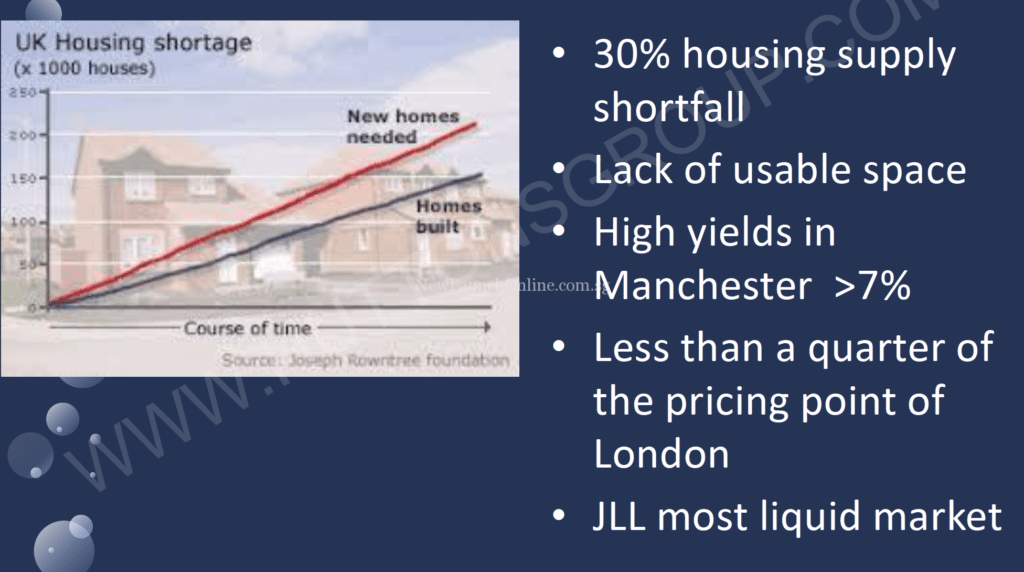 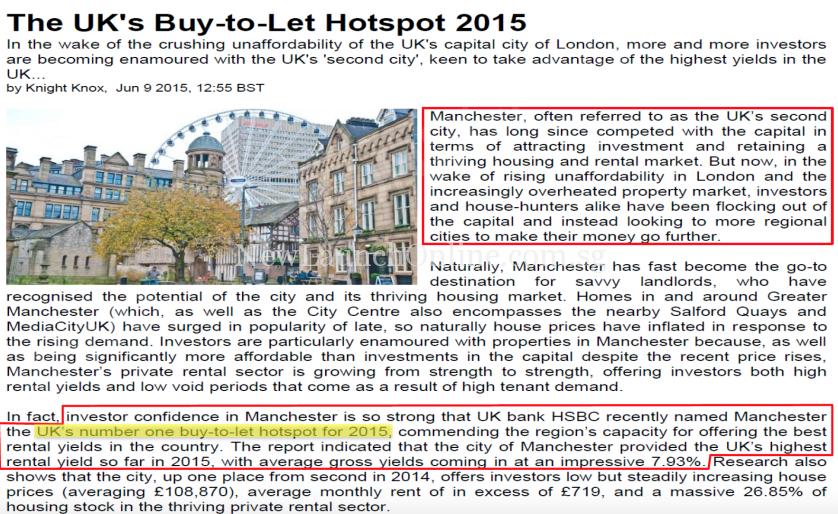 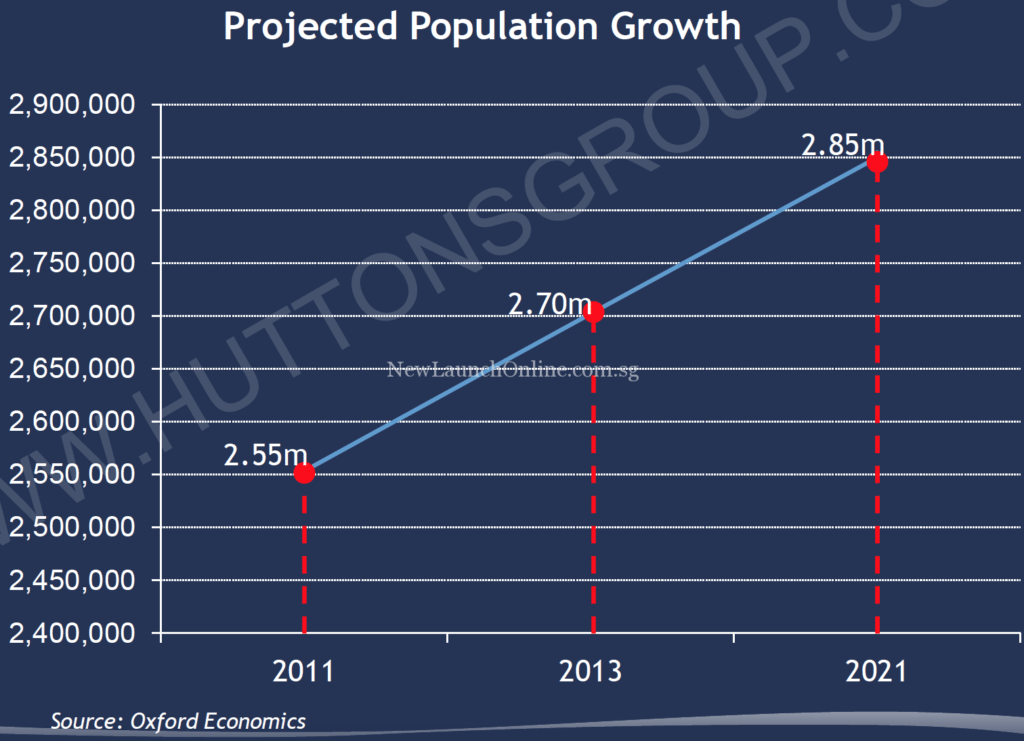 Property Alliance Group (Alliance) is a leading property developer, investor and asset manager. Alliance wholly owns £190 million portfolio consisting of industrial, offices, retail and leisure property, as well as serviced business centres and mixed use developments throughout the UK’s cities and regions. The entire content of the portfolio has been created following a value added strategy.

To find out the distance or time taken to travel from Oxygen Tower Manchester to another location or vice-versa, click on either “Directions to” or “Directions from” and enter the address, name or postal code.  To restart the whole process, click on “Reset Map”. You may also explore the surrounding of Oxygen Tower Manchester through the interactive “Google Street View” by dragging the “Human” icon to any of the highlighted road.

Interested to own a dream investment in Oxygen Tower Manchester?