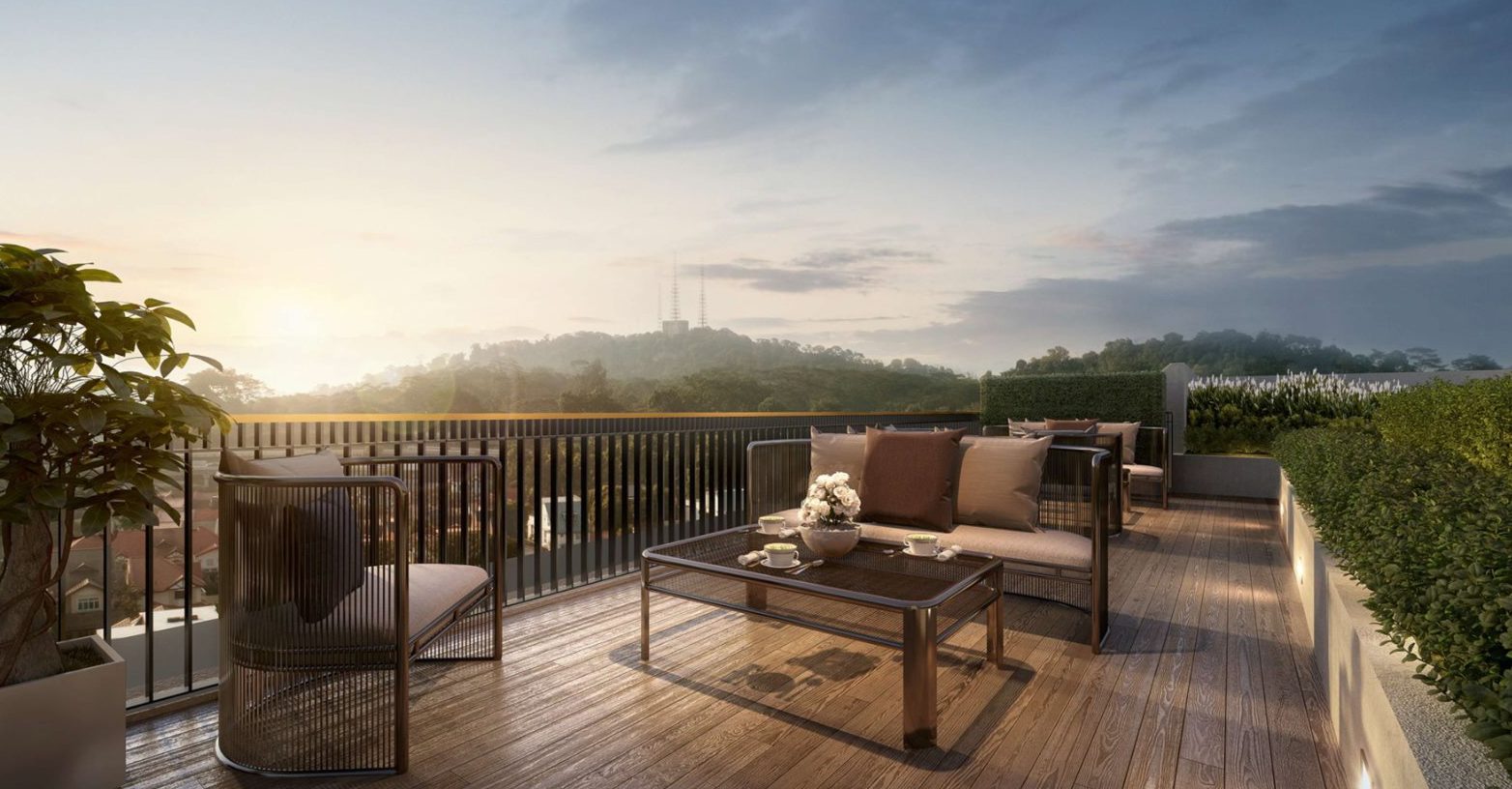 Mayfair Gardens, a high-end private condominium with 215 units along Rifle Range Road in Bukit Timah, is set to open for preview this coming weekend, 15 Sep, according to its developer Oxley Holdings.

This new launch is inspired by the buildings in London’s posh Mayfair district, the upcoming 99-year leasehold project is a short walk from King Albert Park MRT station, on Downtown Line.

It will consists of four five-storey residential blocks of one- to four-bedroom units sized from 506 sq ft to 1,216 sq ft. Indicative prices range from about $938,000 for a one-bedder to $2.3 million for a four-bedder.

The new project is situated on the former Mayfair Gardens en bloc site, which was purchased by Oxley in November 2017 for $311 million. In addition to a lease top-up premium of about $52 million, this translates to a land rate of $1,244 psf per plot ratio (psf ppr).

Potential purchasers there will enjoy a first mover advantage as the land price is significantly lower than other recent residential land sales in the area. For instance, a 99-year leasehold site in Fourth Avenue was purchased for $1,540 psf ppr in December 2017.

The nearest competition new launch near to Mayfair is Daintree Residences by SP Setia, which is located near to Toh Tuck area, as well as Mont Botanik Residence at Hillview area.

Not only will future residents of Mayfair Gardens enjoy scenic views of Bukit Timah Nature Reserve, the development will also be close to shopping malls and eateries. With Downtown Line, travelling to the city is a breeze.

Families with school-going children will also benefit from the project’s proximity to established schools in the area, such as Nanyang Girls’ High School, Hwa Chong International School and National Junior College.

Mayfair Gardens is expected to be completed by end-2024. It is one of two projects to be built on the former Mayfair Gardens en bloc site. The other is the 171-unit Mayfair Modern.

Market watchers will be very interested to find out how much this new launch will be well received by potential buyers, as JadeScape preview had just started last week on 8th Sept.

At the other end of our Singapore tropical island, Hong Leong is also having a preview on their latest blockbuster at the east, The Jovell, which is situated along Flora Drive. The Jovell showflat is located opposite the actual site.

Another big scale project that is coming soon is Parc Esta by MCL Land, which is situated across Eunos MRT, former Eunosville.